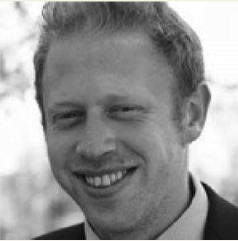 Charles is the Head of Regulation at the Independent Investment Management Initiative.

Three months have intervened since Brexit, but how is the asset management industry finding the transition? Although the UK Financial Conduct Authority (FCA) introduced a Temporary Marketing Permissions Regime (TMPR) allowing EU-based UCITS and AIFMs to distribute funds into the UK without impediment, the EU has been less accommodating – opting instead to end pan-EU passporting rights altogether for UK-based managers of AIFs and UCITS. Since January 1, 2021, UK firms can only access EU institutions via the national private placement regimes (NPPR) in place in the member state(s) in which they are marketing. This set-up is unlikely to change until the UK and EU reach an equivalence deal – allowing for unfettered access into each other’s respective markets.

Ahead of Brexit, a number of asset managers developed onshore EU subsidiaries so as to enable them to continue marketing frictionlessly to EU investors. Alternatively, some firms are electing to use the delegation model, whereby an EU entity outsources investment and risk management to a third country manager. The delegated model allows for managers to leverage the pan-EU passport without having to invest money into building up a physical EU presence. This is one of the primary reasons why the delegation model appeals to small to medium-sized asset managers. However, delegation is vulnerable to disruption, especially if EU regulators were to shift the Brexit goal-posts.

Delegation: Will it stay or will it go now?

An ESMA (European Securities and Markets Authority) letter published last year said it had no intentions of banning delegation, conceding the model was positive insofar as it generated efficiencies for fund managers. However, the ESMA letter added delegation “may also increase operational and supervisory risks and raise questions as to whether those AIFs and UCITS can still be effectively managed by the licensed AIFM or UCITS management companies.” ESMA continued there needed to be legal clarification on the maximum extent of delegation which is permissible. This should facilitate supervisory convergence and ensure authorised AIFMs and UCITS management companies maintain sufficient substance within the EU. A consultation on AIFMD was issued by the European Commission (EC) in October 2020, the findings of which are likely to be published shortly.

The consultation has set industry alarm bells ringing. According to the Financial Times, the consultation contained some loaded questions including whether or not there should be quantitative limits on delegation, and queries if it is prudent for core or critical functions to be performed inside the EU. The consultation also appears to be taking a tough line on letterbox entities, although this nothing new.  Most experts doubt delegation will be banned outright but it could be hit with added restrictions to the detriment of UK-based fund managers. Should delegation face constraints, it could force UK firms to strengthen their EU headcount. In contrast, some managers may choose not to market into the EU anymore, especially if the costs of doing so become prohibitively expensive.

Clampdowns on delegation risk not only hurting UK asset managers but alienating EU fund domiciles – namely Ireland and Luxembourg – both of whom have made clear their opposition to any restrictions being levied on delegation. The Association of the Luxembourg Fund Industry has warned against unpicking the delegation rules adding it is a tried and tested mechanism which has contributed to the global success of AIFMs and UCITS. With AIFMD II rules expected to emerge from the findings of this EC consultation, UK asset managers will need to keep an eye out for any changes.

This website uses cookies to improve your experience while you navigate through the website. Out of these, the cookies that are categorized as necessary are stored on your browser as they are essential for the working of basic functionalities of the website. We also use third-party cookies that help us analyze and understand how you use this website. These cookies will be stored in your browser only with your consent. You also have the option to opt-out of these cookies. But opting out of some of these cookies may affect your browsing experience.
Necessary Always Enabled

Any cookies that may not be particularly necessary for the website to function and is used specifically to collect user personal data via analytics, ads, other embedded contents are termed as non-necessary cookies. It is mandatory to procure user consent prior to running these cookies on your website.